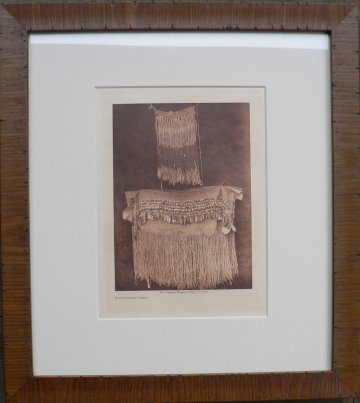 The photogravures contained within the North American Indian portfolio were of two sizes: approximately 5 x 7 inches and approximately 12 x 16 inches on longer sheets. They were printed on one of three hand-made papers: Japanese vellum, Dutch “Van Gelder,” or Japanese “tissue” (also known as India Proof Paper.) Curtis elected to use the expensive printing technique of photoengraving because it produces prints which have the subtlety of his original glass plate photographs and the art quality of his photographs.